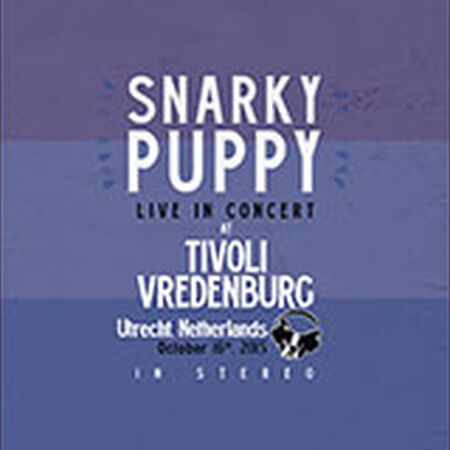 Almost 2 years to the day that we recorded the album We Like It Here in the same city. First time playing an actual live show in Utrecht. Decided to do the full album (minus Jambone due to massive guitar retuning) from top to bottom. Shofukan turns things up. Nate and Sput rock the outro. The band toys with the time in What About Me? and Mark explores rhythmically and harmonically. Justin owns sleeper on Prophet synthesizer. Chris and Sput duke it out on Outlier. More drum and percussion telepathy on Tio Macaco. Cory dials up some new sounds and takes Lingus to outer space. An uptempo Quarter Master gets interrupted by the same groove from Bristol (earlier in the tour) and the band goes ham. Lots of back and forth between the horns and rhythm section. Messy, funky party for the last 25 minutes. Great night in a special city.