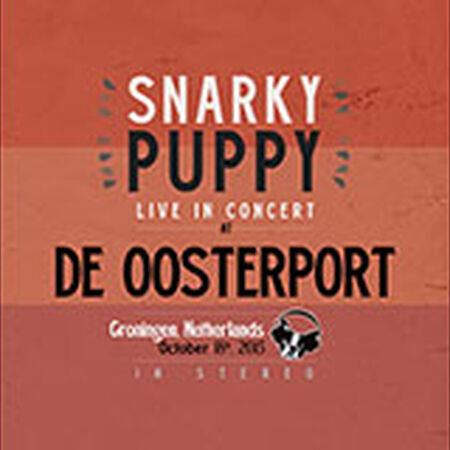 Last show of the Dutch run in the beautiful venue Oosterport. Also the last gig of the tour for Cory, Sput, and Mark, as they rotate out the next day and Bob and JT join the party. Lots of new things happening on the stage tonight. Binky starts with an extended percussion introduction from Nate and Sput. It goes shuffle. Justin and Bullock take the solos. The outro hits a serious groove with help from Michael Jackson. Things transform into Skate U and Cory lets loose. Bill turns the outro groove to Jamaica. Michael jumps in. Mark takes a tour of 80’s rock on What About Me? Justin rips through the bridge to Thing of Gold on trumpet and Cory takes it out on Moog. Nate and Sput get into some new stuff on Tio Macaco. Bill pushes the band into a different groove on Ready Wednesday. Cory develops a theme on Lingus and stretches. One of his best performances.