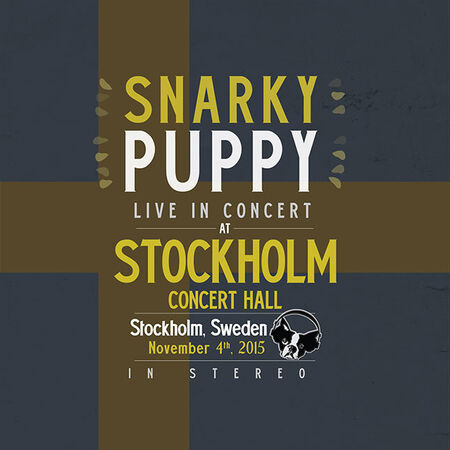 Only Swedish show of the tour. Sold-out crowd of 1400 in the legendary Konserthuset, home to the Nobel Prize award ceremony and concerts by everyone from Rachmaninoff to Miles Davis. Big orchestral concert hall, so lots of sensitivity throughout in order to avoid potential acoustical problems. Michelle Willis opens the set with Maz, Bob, Michael, and JT backing (and singing) on two songs, Home and and the effortless odd-meter of Trust Me. The band comes out and eases into the room with Bring Us the Bright. Justin takes the solo on Moog. Bent Nails is brisk and tight. Bill and Michael trade on the vamp. Local percussionist André Ferrari (and longtime member of Väsen) joins for three tunes on frame drums, cymbal, and grouse pipe. He takes the outro vamp on Kite. Whitecap is funky. Bullock plays over it. André sets up Binky on his own. The band floats in. Bob solos while the band hits a new groove. The outro vamp simmers for a while. Justin gets classical on Sleeper. Nate and JT take things home on Shofukan. Taking advantage of the acoustics, Bill vibes on Ready Wednesday. In all, a very patient and diverse show.