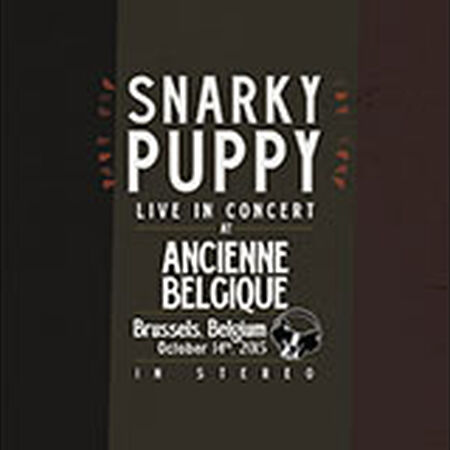 Rowdy crowd in Brussels at the beautiful Ancienne Belgique. The band creeps in one at a time for a fast, funky Whitecap. Justin takes a percussive solo on Prophet. Cory sets up Skate U mellotron-style. Bill takes it over on Rhodes, then synth. The band hits a groove on the vamp and Bullock plays over it. Maz and Sput get into it on Outlier. Mark sets up Flood with an unaccompanied intro and Cory plays over a sharply accented solo section. Sput and Nate go ham to take it out. Mark gets chordal on What About Me? and Sput lets loose at the end. Justin takes it out with a playful solo on Shofukan. For the encore, Michael sets up a slow, funky Quarter Master. Serious groove throughout with loads of interplay between the horns and rhythm section. Cory preaches on Moog. Messy and fun.