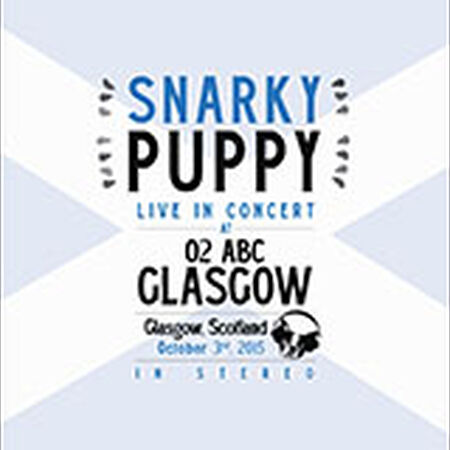 
Packed house in Glasgow. By far our most attentive, subdued Scottish crowd. It brings out a more patient, mature side of the band. Maybe the most relaxed and creative show of the trip. Sput starts off the set solo with a killer groove on Strawman. Justin gets crazy with a weird flute patch on Prophet. The last section goes Minneapolis. Mark plays a beautiful intro on Flood, and the tune goes Motown. Cory takes his time with a piano solo. Bill sets up 34 Klezma. Michael, Cory, and Sput get playful during a bass solo on the end of Bent Nails. Maz gets weird with delayed trumpet on What About Me? and the band builds a deep groove beneath. Sput goes crazy on the outro. Justin takes the bridge on Thing of Gold on trumpet and Cory brings it home on Moog. Marcelo intros Tio Macaco on pandeiro. First time ever ending a show with Justin’s tune, Outlier. Bullock dials up a dirty sound for the solo and uses feedback as a friend. Justin wraps up the encore of Shofukan with a lyrical trumpet solo.