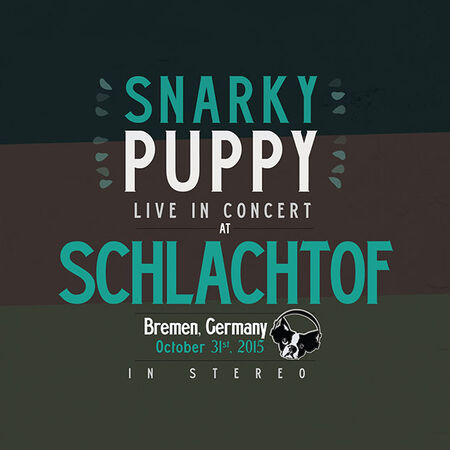 Halloween. One of the best feeling gigs of the whole tour. First time ever in Bremen, so we had no idea what to expect. Packed house in a nice, cozy room compared to some of the larger venues earlier in the German tour leg. Opened Halloween with an appropriately creepy Sharktank. Bob takes a solo that’s more sound than notes. Bill leads the band into a super down-tempo version of 34 Klezma. The band sticks into the groove and stays there. Crowd is so receptive that more new material is tried out. Maz takes a flugelhorn solo on Skate U and Bullock gets dirty on the outro groove. Bent Nails is fast and tight. Bill plays on the first solo section. Justin starts a long trumpet solo with a few choruses of the jazz standard What is This Thing Called Love? and the horns join in with some recognizable quotes. Whitecap is quick and funky, starting with just Bill and Michael. Maz drops some Thriller motifs and the band toys with them for the remainder of the song. Sleeper is funky with Justin on Moog. The band encores with Bill and JT leading the way on What About Me? Beautiful Rhodes/drum set duo moments and a powerful drum solo. Second encore gets the crowd really interacting with Nate burning through the end of Shofukan. Michael takes a rare bass solo on Lingus. Overall, a very special show.