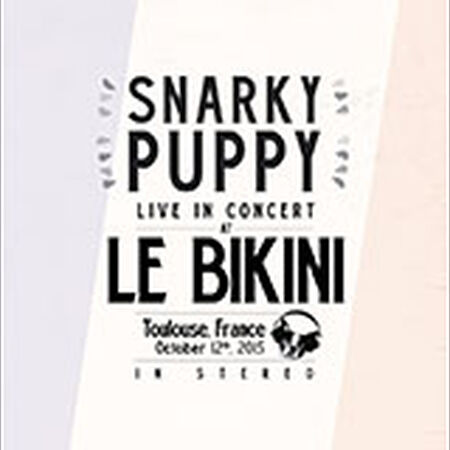 First time in Toulouse. Surprise sold-out crowd of 1,400. Lots of energy and interplay throughout. Straight out of the gate with What About Me? as Mark channels his inner rockstar. Slow jam on the first verse and drum solo. Binky goes metrically-relative hip-hop. Justin takes the first solo on Prophet and talks with Nate and Sput. Bill steps out on Rhodes during the vamp. Bullock takes the middle section of Young Stuff, and Cory finishes it off on Moog. Bill jumps right into a groove on 34 Klezma. Chris is patient on Outlier, alternating between effects and clean mics. Justin takes synth lead on Thing of Gold. The bridge grooves. Tio Macaco hits a pocket and stays there with great interplay between Sput and Nate at the end. Justin gets tasty on Shofukan. Crowd demands Lingus for an encore and the band obliges. Some nice, different groove stuff from Sput on Cory’s solo.