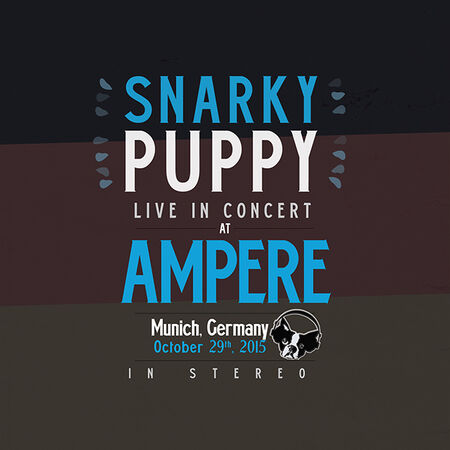 A nice sounding and feeling set. The band has hit its stride. First time in a big room in München after years in the jazz club Unterfahrt. Bill and Justin start out Whitecap with some percussive playfulness. Bill swings through the vamp on Rhodes. JT kicks off Skate U on his own with a lumpy groove on the deep snare. The solo section drops to nothing and Justin gets lyrical on Moog. Bullock owns the outro on tenor FX. Bill sets up 34 Klezma and Bob rocks over the vamp. Ø is quick and funky. Maz turns on the drive and wah for a crazy trumpet solo. Michael jumps around between the Rhodes bassline for a solo on the bridge. Justin soars over the outro on Moog. Bullock gets aggressive with the ring modulator on What About Me? as JT powers behind him on toms. JT jousts with Justin on the outro. Thing of Gold is grooving. Maz plays over the bridge and Justin develops a theme over the solo section. The crowd starts Tio Macaco with handclaps and the band joins in. Nate and JT get into some rhythmic insanity on the percussion solo and accelerate into a breakneck tempo. Sleeper closes the evening. Justin uses the melody and stretches from there. Mike and JT set up a fast Quarter Master. Bill owns this one. He takes the solo section on his own with the crowd providing the pulse. He sets up a new chord progression and the band jumps in on it. The band cooks and takes it out.