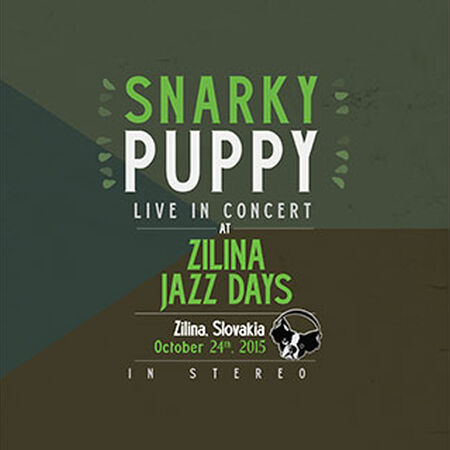 A small theatre gig in the beautiful town of Žilina. Things ease in with Bring Us the Bright. Bill starts on Rhodes and Bob picks up where he left off. Nate sets up Strawman on congas. Justin dials up a dancey synth sound and takes a harmonic approach before switching to Moog. Maz gets lyrical on Kite and Bill dances over the ending on piano. Ø is patient and groovy. Bullock lights it up. Michael gets playful on the bridge with a bass solo and Justin takes it out on Moog. Bob spaces out on What About Me? as JT kicks a 16th-note groove underneath. He breaks out the octaver and JT disects the drum solo with some unbelievable rhythmic ideas. The crowd starts off Binky with some polyrhythmic hand claps. Bullock and Justin (on trumpet) play over the two solo sections. The band goes P-Funk on the outro. For the encore, Bill sets up Ready Wednesday. JT and Michael hit a mean house groove on the solo and Bill goes two hand unison on keyboards. The outro gets moody. Really nice set overall.