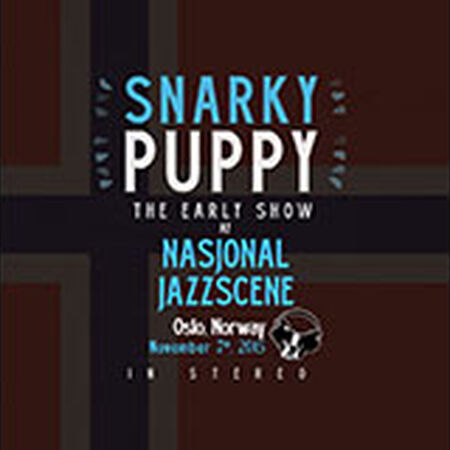 
Of the four Oslo shows, this was the only one open to all ages. A rare appearance of Bring of the Bright featuring Justin on Moog and Bob on attack-less guitar. Seamless(ish) transition into Whitecap. Hits a serious groove and Bill swings over the top of it on piano. Justin brings in a New Orleans-style Celebrity on keyboards. Michael takes a quick bass solo and the horns take it over on their own. Bill brings in 34 Klezma and Bob takes the solo. Bullock plays over the middle of Young Stuff and Michael, Bill, and JT get into some rhythmic interplay during a bass solo on the vamp. Nate sets up Tio Macaco on his own and it comes in slow and funky. He and JT lock in on the percussion solo. Bob takes his time on Lingus and gets textural before taking things into space. Justin takes it home with a Moog feature on Sleeper.