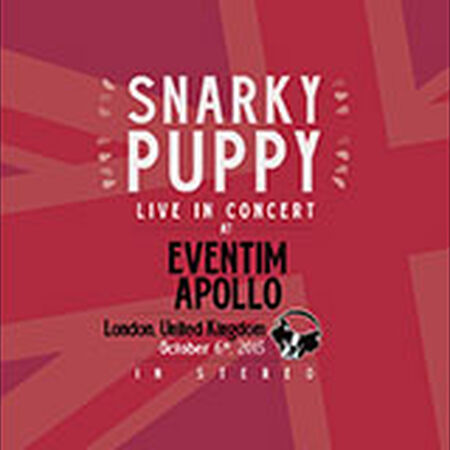 London is always a big one. Really special night. Largest crowd of the tour (4,000) in the legendary Apollo. Loads of great energy onstage and in the audience. Last gig for Marcelo until the South American leg, and the only show of the tour with two percussionists (Nate joined the tour that afternoon). Justin and Mark fire it up early on Strawman. Bill takes a grooving, patient Rhodes solo on Flood and Sput pushes the band around. Bent Nails is super funky with the extra percussion. Cory takes runs the B3 through loads of different soundscapes. Maz taunts Mark on the microphone and then saves him on What About Me? after an electrical failure. Mark swoops back in and finishes it out. Cory really sings on Thing of Gold. Marcelo intros Tio Macaco on pandeiro, and the groove drops in at a slower, funkier tempo than normal. The band rides it. Nate takes the solo over the heavy groove of Sput and Marcelo. Cory closes it out with Lingus. Justin owns Shofukan on trumpet. A second encore brings the band back to the stage for a quick version of Quarter Master with Londoner Bill Laurance saying goodnight to hometown crowd on piano.