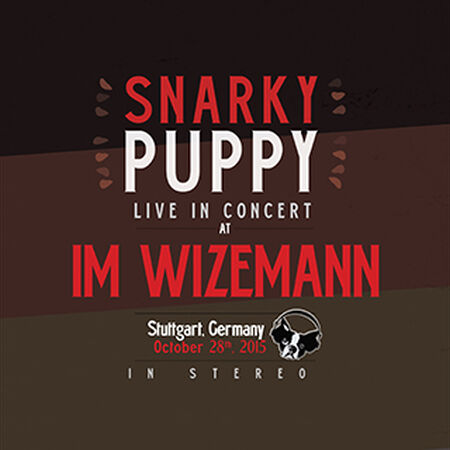 Really nice show in a brand new venue in Stuttgart. What About Me? comes out fast and screaming. Bill takes a percussive solo on Rhodes. JT smashes the ending. Binky starts smooth and dubby. Justin takes the first solo on synth. Maz takes it out on flugelhorn. The outro vamp goes knee deep and beyond with Bill driving the bus on keys. The band creates a loop. Bullock goes slap-delay on Kite. Justin takes his time on the outro with a warm Moog solo. Maz stretches on Outlier. Bob goes all out on Young Stuff. Michael dials up a fat distortion sounds and gets in it with Bill and JT. Bullock plays on the bridge of Thing of Gold and Justin weaves through the solo on Moog. Bill gets expressive on Roli Seaboard for the solo on Lingus, then moves to piano, then synth. The band returns for an encore of Shofukan and the crowd won’t let it go. The band goes right into Ready Wednesday. Bob dials up the Fuzz Factory and and gets ugly. Lots of vibe on the outro as things decompress to wrap up the evening