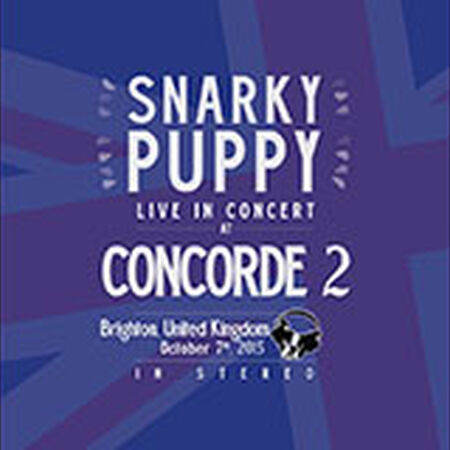 Last show of the UK tour. Intimate club right on the seafront. Nice to be back in a cozy room after some very large venues over the last week. Deep cut set! Took the opportunity to play some older and lesser-played tunes. Intelligent Design makes its first appearance of the tour. It morphs into a dubby vibe after some interplay between Chris and Michael. After Mark plays on the bridge, Sput and Nate take a duo solo to close it out. Cory takes a Moog solo on Outlier for the first time, prompting some harmonization from Justin on Rhodes. Michael intros Celebrity, and Justin takes the solo on Prophet. First verse of What About Me? goes slow funk. Chris takes the solo on effected tenor. The tempo drops back down for a crazy double-time solo from Sput on the outro. Cory leads Thing of Gold. Ready Wednesday features Justin and Maz trading on trumpet. The band drops out and things get crazy. The band encores with Slow Demon for its first performance of the tour. Mark and Sput take it out by themselves.