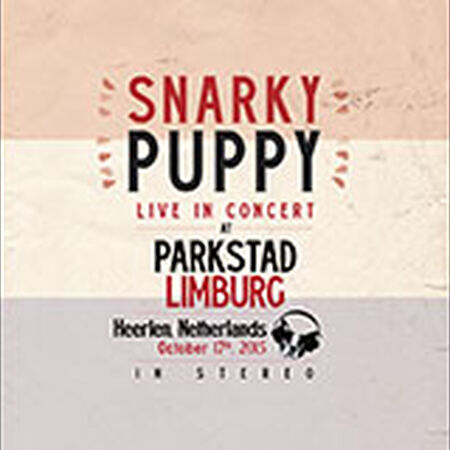 Second Dutch gig. Small, southern town of Heerlen near the German and Belgian borders. Very calm and diverse crowd. Abridged version of Intelligent Design to start the night. Sput and Nate get into it. Bill jumps right in with a rhythmic (and harmonically deceptive) intro to 34 Klezma. Mark works the pedal tone. Justin takes the reigns on Sleeper. Cory goes old-school on Bent Nails and the horns drop in the bridge from Atchafalaya. Bill takes the solo on Flood on two different keyboards. Nate and Sput get tangential on the outro. Local hero and Metropole saxist Leo Janssen sits in on Outlier and plays some crazy, deep stuff. Huge sound. Cory goes in on Thing of Gold. Mark gets 80’s on What About Me? with a harmonizer. Encore is Shofukan with Justin on trumpet.