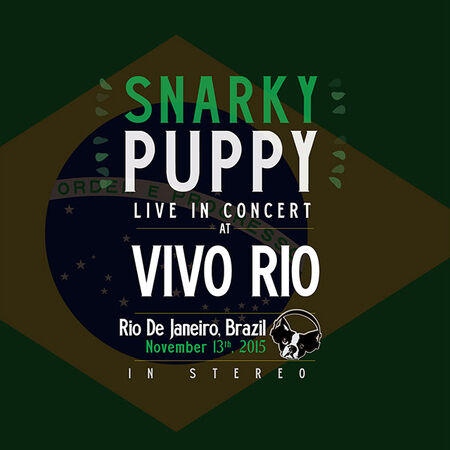 Last gig in Brazil. The new lineup is really gelling. Lots of musicality and new directions throughout. Whitecap is reserved and swinging. Flood is where the set starts to cook. Jamison groove and phrasing behind Justin’s solo keeps the band in the vamp for ages. He takes over with a lazy, lyrical solo afterward. Shaun gets expressive on Moog in Binky. Maz gets soulful on flugelhorn. The outro vamp goes Busta. Serious phrasing and interaction between Jamison and Mark on What About Me? and a crazy drum solo to follow. Bill gets funky on the first solo in Young Stuff. Michael, Bill, and Jamison swing during the outro bass solo. Brazilian flute legend Carlos Malta joins for Tio Macaco. Crazy solo intro full of beautiful melodies. He and Bullock trade during the vamp. Marcelo and Jamison get into some really different stuff in the drum and percussion duet. Shaun toggles between the talkbox and Moog on Lingus and puts Sleeper over the top of it. He turns the crowd all the way up. For the encore, Shaun drops the bassline to Master Rocker and the band sits in it for a long time while the horns each get some. A great way to say bye to Brazil.