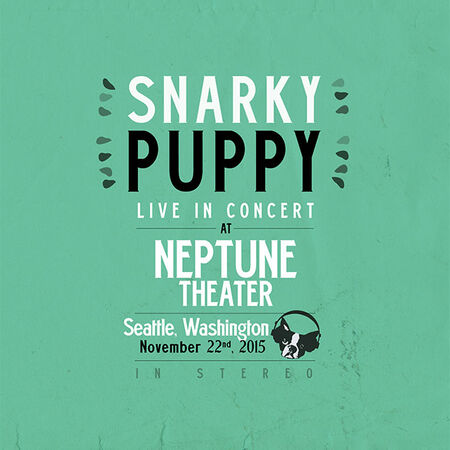 One of only a handful of shows with this 2-tenor, 2-guitar, 1-keyboard tour lineup. Things ease in with Kite. Maz stretches on flugelhorn. Justin takes the outro from the floor to the ceiling on Rhodes. Bent Nails is quick and funky. Bullock takes the first solo on effected tenor. Mark takes his time on the outro with a chordal approach. Bob Reynolds works the whole horn on Outlier develops his solo beautifully. Young Stuff is slow and funky. Bullock takes a full-tilt solo with effects over the bridge. Michael develops some melodic ideas over the outro with Justin providing keybass support on the bottom. Things get weird. Nate and Sput play on both sides of Tio Macaco and take the tempo way up on the back end. Justin leaves the keyboard station for the trumpet on a shorter-than-normal version of Shofukan. Maz and Bullock trade freaked-out solos on Lingus. Bob Reynolds takes the last one on his own. First time it’s been a tenor solo. He milks it. The band goes house. For the encore, the band slows down What About Me? Bob Lanzetti gets weird with harmonics and then dials up a serious sound for the remainder of the solo. Sput takes things out with an acrobatic solo.