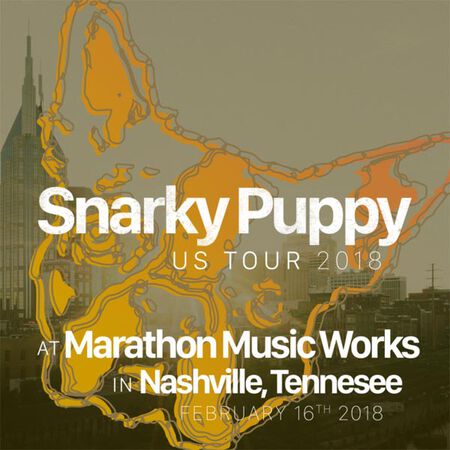 Sold-out show in Nashville’s beautiful Marathon Music Works. Beep Box starts the evening off mellow. Maz solos over the drop. GØ feels good. Bullock takes the first solo. Justin lights it up on Prophet over the bridge. Mark goes 80’s on the outro. Gemini reins things in. The horns weave in and out over the vamp. Shaun takes over on organ and takes it through the roof. Grown Folks is funky. Bill takes a synth solo. Mark cleans up on guitar. Shaun coerces the crowd into singing on Thing of Gold. He sets up Bill for Ready Wednesday. The horns trade over a house groove. The outro simmers and decays before the band launches into What About Me? Mark gives a clinic on rhythm guitar playing. Jamison crushes the outro. For the encore, the band is joined by Jeff Coffin of The Dave Matthews Band/Béla Fleck & The Flecktones on tenor sax. He comes out big on Lingus and then dukes it out with Jamison and Nate. Things get heavy. A very cool way to end a very cool night.