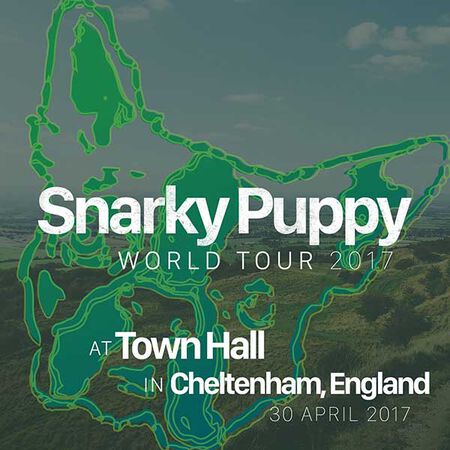 From Michael League: "Our first recorded night of the tour! Tenor sax is king this evening. Kite opens the set with solos from Maz on flugelhorn and Bill on Fender Rhodes. Grown Folks has solos from Justin on trumpet, Bullock on a particularly raunchy effected tenor sax, and McQueen on a Hendrixian guitar solo to close it out. Bob takes a tenor solo on Semente, which blends into Beep Box, capped of with a muted trumpet solo by Maz. The band sits in Palermo longer than usual as McQueen, Bill, and Justin get into some crazy rhythmic accompaniment during Bullock’s solo. Marcelo gets playful on top of the crowd’s clapping rhythm during the outro. Tarova is brighter than normal and full of energy. Bill gets weird on Moog. Big Ugly makes its English debut. Maz takes a wah-wah trumpet solo and McQueen takes it home on guitar. Bob takes the open section on What About Me? before Larnell closes it out. The encore features the unbelievable Chris Potter ripping a hole in Lingus. Despite an acoustically challenging room, nice energy and vibe from both the band and the audience throughout."